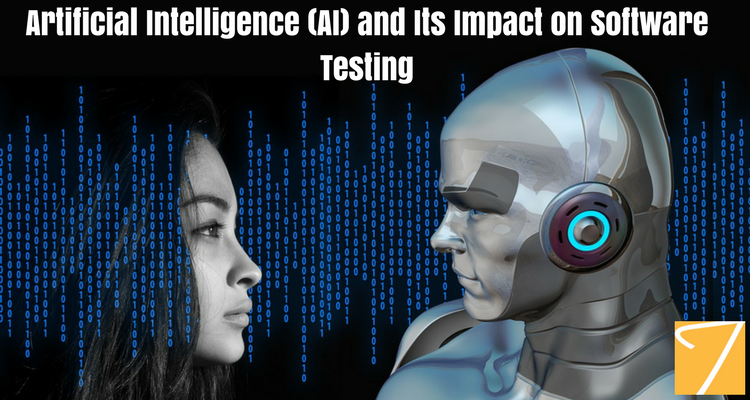 Enterprises impacted by ‘Digital Disruption‘ are forced to innovate on the go, while delighting customers and increasing operational efficiency. As a result, software development teams who are used to time-consuming development cycles do not have the luxury of time any longer. Delivery times are decreasing, but technical complexity is increasing with emphasis on user experience!

Continuous Testing has been able to somewhat cope with the rigorous software development cycles, but keeping in mind the rapid speed with which innovation is transforming the digital world, it might just fall short. What is therefore needed is the ability to deliver world-class user experiences, while maintaining delivery momentum and not compromising on technical complexity. To meet the challenges of accelerated delivery and technical complexity requires test engineers to test smarter instead of harder.

So what has all this got to do with Artificial Intelligence (AI)?

The fact is, AI and software testing were never discussed together. However, AI can play an important role in testing and it has already begun transforming testing as a function and helping development teams to identify bug-fixes early, assess, and correct code faster than ever before. Using Test Analytics, AI-powered systems could generate Predictive Analytics – to identify specific areas of the software most likely to break.

Before delving into AI-based software testing, it might be good to understand what AI actually means. Forrester defines AI as “A system, built through coding, business rules, and increasingly self-learning capabilities, that is able to supplement human cognition and activities and interacts with humans natural, but also understands the environment, solves human problems, and performs human tasks.”

AI is providing the canvas for software testing but its uses have to be defined by testers. Some engineers have already tested their imagination and they use AI to simplify test management by creating test cases automatically. They know that AI could help to reduce the level of effort (LOE) while ensuring adherence to built-in standards.

AI could also help to generate code-less test automation, which would create and run tests automatically on a web or mobile application. AI-based testing could identify the ‘missing requirement’ from the Requirements document, based on bug-requirement maps.

Machine learning bots are capable of helping with testing especially with end-user experience taking the front seat in testing. When trying to understand the role of bots in software testing, we need to bear in mind the fact that most applications have some similarities, i.e. size of a screen, shopping carts, search boxes, and so forth. Bots can be trained to be specialists in a particular area of an app. AI bots can manage tens of thousands of test cases when compared to regression testing which can handle much lesser numbers. It is this ability of AI testing that elevates its importance in the DevOps age where iteration happens on-the-go.

To summarize, while bots do some of the routine stuff, testers can focus on more complex tasks, taking the monotony out of testing and replacing it with the word ‘exciting’.

Read Other Blog on Artificial Intelligence:

The Impact of Artificial Intelligence on the Healthcare Industry

Anuradha Muralidharan works with Trigent Software as Sr. Content Marketing Manager. She has, over the years, worked with several large organizations managing their corporate and marketing communication functions. Anuradha is an award-winning author with several published books to her credit.