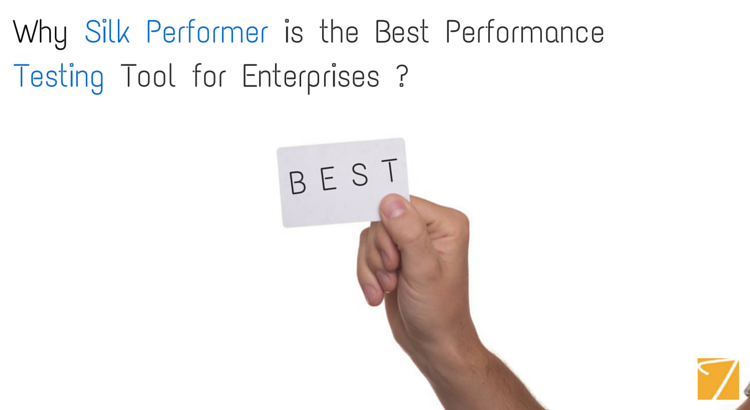 What is Silk Performer?

Silk Performer is a  performance testing and load testing tool that can be considered for fitment in multiple scenarios, as it supports a rich set of industry standard protocols. For e.g. consider the following scenario where checking performance with available software testing tools in the market could be really difficult.

Story/Alert message feeds sent in binary format via a TCP/IP connection with TIBCO enterprise messaging services as Middleware, to a third party NML server which converts these Story/Alert messages to NEWSML format & then forwards this message to BEA Weblogic server cluster, which processes this message and sends it to CMS and issues an output TIBCO broadcast message, to signal that the Story/Alert is successfully sent. These output TIBCO broadcast messages are sent via UDP protocol over TIBCO Enterprise messaging layer. Silkperformer does not support generic recording and playback of UDP based traffic. This limitation was addressed by developing Silk Performer load test scripts in conjunction with a COM DLL interface  which follows event driven architecture, to wait for Tib messages and pulse event when .output message is received.

The objective of performance testing is to Measure the Performance improvements incorporated for NMS and BEA application servers by capturing processing times of each of these layers in above architecture.

(Note: NewsML is a messaging standard in xml format, that is designed to provide a media-independent, structural framework for multi-media news. TIBCO is a set of middleware products)

With Silk Performer’s enhanced TCP/IP support we can record protocols at the TCP level and customize the resulting scripts using WebTcpip functions. In Silk Performer we can create Listener which wait’s for a specific TIBCO message to arrive. The arrival of the TIBCO message is signalled by a Windows Event, pulsed by the StoryListener user.

Silk Performer’s  TCP/IP TrueLog provides visual front-end diagnostics from the end-user perspective. TrueLog visually recreates the data that users provide and receive during full scale load tests which enables us to visually analyze the behavior of an application as errors occur. TrueLog Script Customization helps with a number of activities, such as session correlation. TrueLog automatically detects and customizes session-dependent information that is statically included in test scripts.

// The Story_Listener User captures and parses resulting story message to Web Logic. It then pulses “sEvent”

elseif not (bSuccess) then return 0

end;
// fWait_Tib: Wait for a specific TIBCO message to arrive. The arrival of the TIBCO message is signalled by a Windows Event, pulsed by the StoryListener user.
//

// sTimer: Name of the timer for the time measurement

// sEventName: Name of the Windows event to wait for

// nTimeout: After waiting for nTimeout seconds, we give up and

// True, if the message was received successfully

// Get a handle to a windows event

// Wait for this windows event to be signalled, which will happen when

// the TibListener user receives a Tib messages matching this event

We ran a series of load tests and identified transaction’s queuing up on NML server due to synchronous call’s. After changing to a asynchronous implementation, and rerunning the load tests we were able to achieve peak hour load volumes for Stories and Alerts and were able to get Performance measurements of NML and BEA servers.

SilkPerformer’s inbuilt datastore MSDE was used to archive load test results from multiple test runs. With this data store, we could do a comparison of each test run against baseline run, and build a performance trend across multiple test runs for planned build cycles.

After using the silk performer in many quality assurance scenarios, we found that it is flexible enough to be used in various scenarios to conduct performance testing, stress testing and load testing.

Put The ‘Q’ Within Your DevOps